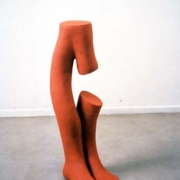 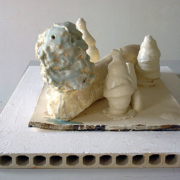 Multi-part mould making of complex shapes for ceramics is a specific process. We will look at it in depth, tackling all the common problems.

Subjects discussed in the masterclass include;

In 1995 he received a scholarship from the Ministry of Foreign Affairs in Rome to study at the Royal Academy of Fine Arts in The Hague. In 1998 he completed his studies at the department of sculpture.

Since 2007 he teaches at the Design Academy in Eindhoven and works as an advisor at Sundoymorning@ekwc in the plaster and mould-making department.

* Sundaymorning@ekwc reserves the right to cancel the masterclass if there are not enough attendees. Already applied participants will be offered an alternative date or a full refund.